Year 1958
GMV is born in Milan out of an entrepreneurial idea of Angelo Martini, its current chairman. The first years see the company committed in the manufacturing of control panels for lifts. 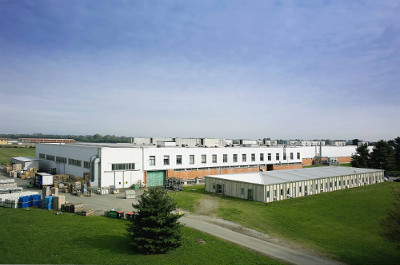 1960-1966
The first prototype of central direct drive piston is developed in the early nineteen sixties. The production starts with 100 hydraulic systems per year.

1971
Because of its exponential increase in sales, GMV transfers its operations to a modern plant in Pero (Milan). In a few years, the production increases from 600 to 5,000 hydraulic systems per year.

1972
This date is of particular significance for GMV. Thanks to the 2:1 roping, a new market sector  namely the passenger system  opens for hydraulics. In the following years, the production of components is launched and an international distribution network is created through the establishment of partner companies in Germany, France and Spain. 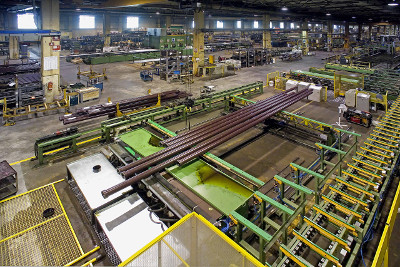 1976
The market dictates the launch of the telescopic piston, which is developed in the production engineering department of the Pero plant.

1980-1990
In this same period of time, new manufacturing facilities are established in Germany, France, Greece, India, Canada, and Argentina.

1992
The growth continues with no interruptions. The Novara plant is purchased. The spreading of GMV products throughout the world increases.

1993
A new plant is opened in Sweden, mainly dedicated to the production of telescopic pistons: 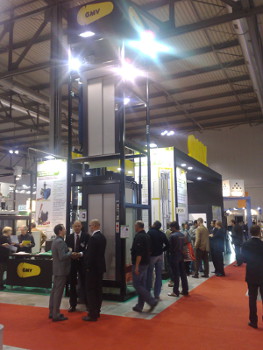 as well as unique and the only in the world of cylinders:

1998
The line of SL (Slim) pistons and control units is introduced to enable new, improved performance as well as a remarkable reduction in the use of hydraulic oil.

2000
By introducing the line of GREEN LIFT® Coordinated components, GMV offers all the installers the opportunity of developing their own lifts with no need of hydraulic machine room. 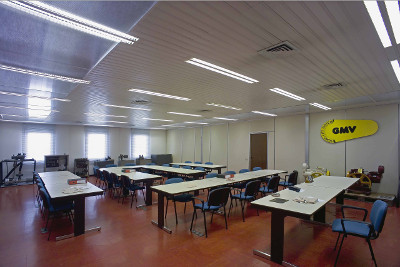 2003
GMV seizes the attention of the market with its GREEN LIFT® MRL-MC line: machine room less lifts whose control equipment is located in a cabinet outside the shaft.

2006
Sensitive to the requirements of the market, GMV line, which are characterized by a digital technology electronic valve for optimum performance (e.g. in energy saving and cost containment), DRY control units with nonsubmerged motors to reduce consumption and environment-friendly fluids whose features ensure far lower environmental impact as compared to the conventional mineral oil. GMV develops new products to complete the GREEN LIFT® FLUITRONIC® line: lifts with no machine room (GLF MRL-T) and reduced shaft and head. At the same time, GMV elaborates the Gearless Belt technology and introduces on the market the GREEN LIFT® Gearless Belt systems, whose asynchronous motors with no permanent magnets are ideal for uses beyond 6 stops.

2008
Furthermore the range of GMV complete systems is enriched by the GPL® goods-passenger and VL® vehicle lifts.

2012
GMV starts co-operation with the world's leading manufacturer of escalators and autowalks. Significantly expands its offer, so more and more shopping malls in the world is equipped with all types of internal transporting devices coming from GMV.